Why your child struggles with maths?

Let’s face it. Maths is one of the most challenging subjects in school and your child is one of many children out there with a similar problem. It doesn’t make it right though. As parents we do want to help our children succeed and achieve their dreams.

How many times did you hear from your child “I hate Maths.”, “I do not want to do it.”, “Maths is just boring.”, “Maths is too difficult.”, “I do not understand it.” “If only I don’t have to do Maths at school.”? He may live in the now but you are able to see the future and you know that many professions (in fact 156 of them) need a knowledge of core Maths, so you insist on doing Maths, you spend extra money and extra time to make sure that your child becomes better at Maths.

But maybe it doesn’t bring the results you want?

This is where we come in and help you. 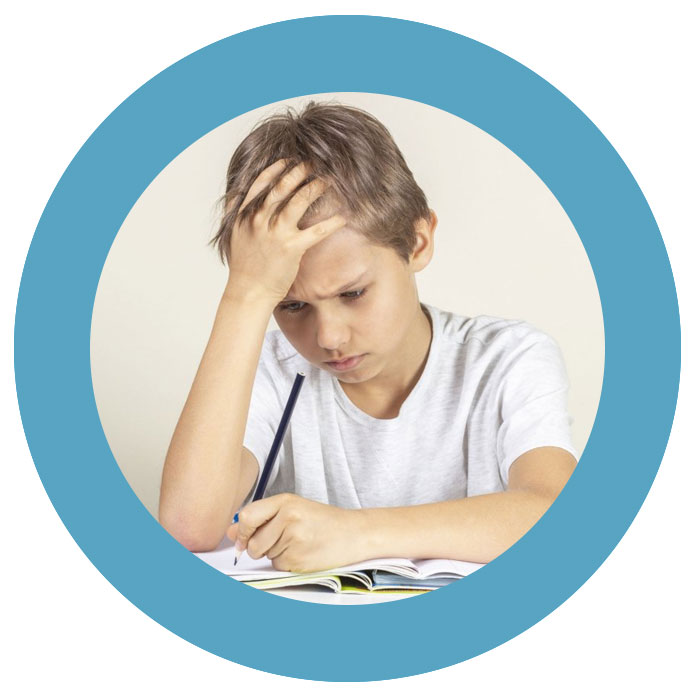 We save you money and save you your time and bring you results!

We took some time and asked our South African mothers who have children at school, or those mothers who are homeschooling, a few questions and according to our surveys 100% of them indicated that they would love to learn how to help their children overcome the struggle with Maths.

And the main reasons for this are:

Sometimes tutoring and extra Maths are not that effective and it feels like a waste of money. It can be that it works when with the tutor but when the child is on their own they struggle again

And this is what we help you with exactly! 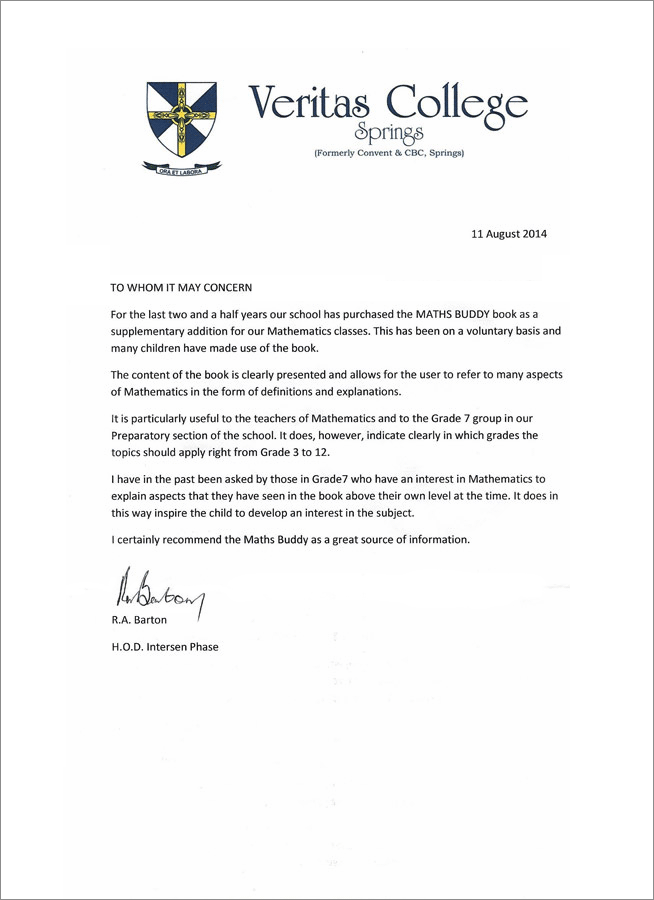 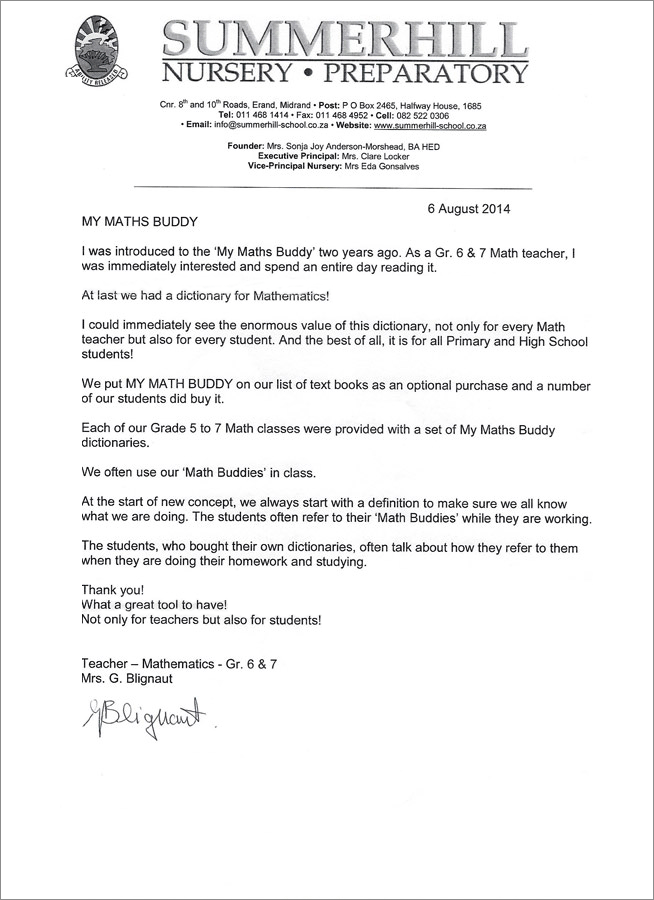 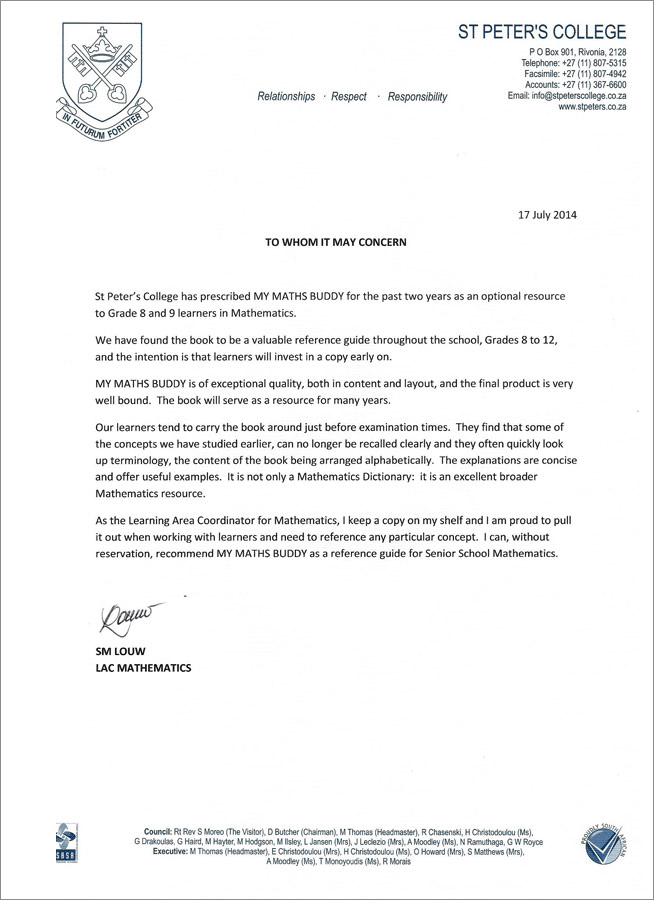 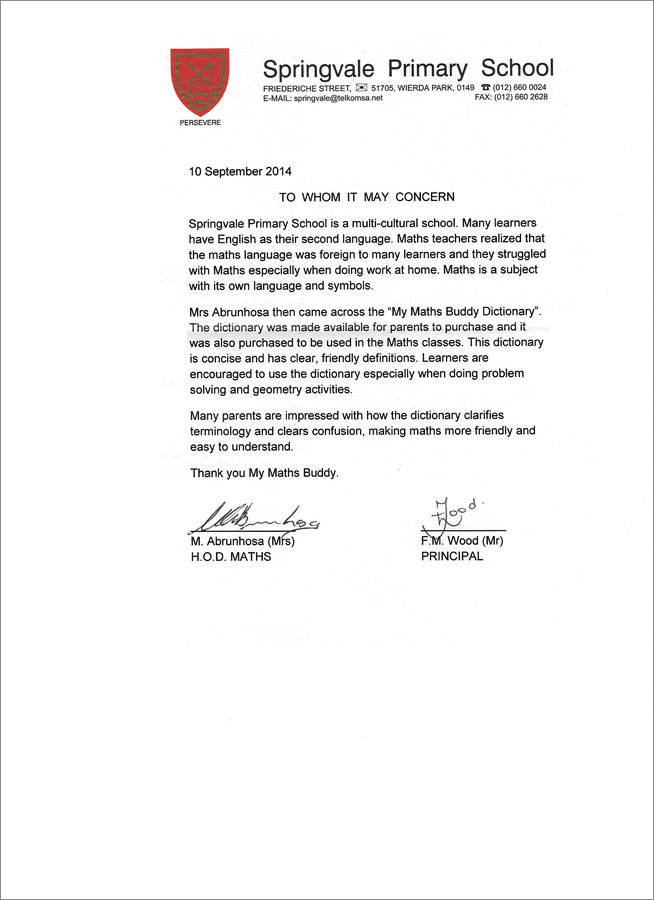 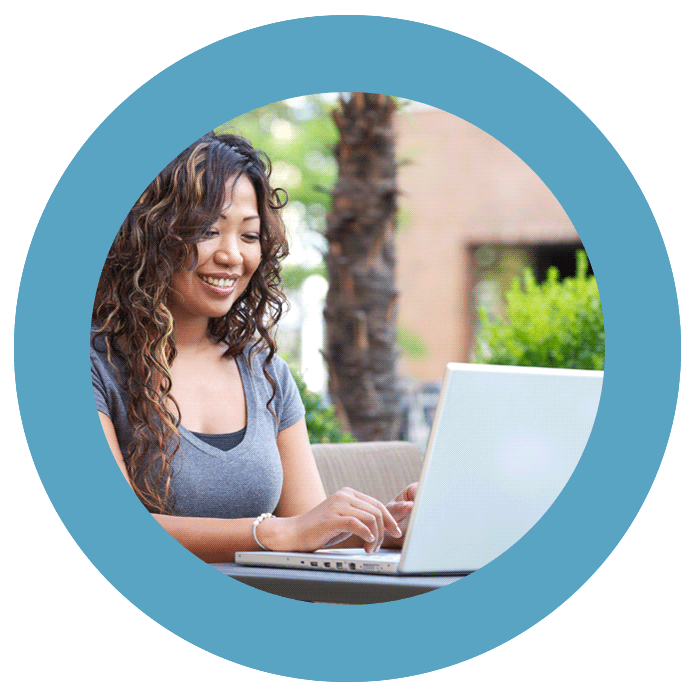 How does parent training work?

Our course is called Five Effective Ways to Help Your Child Succeed in Maths. To sign up you need to click on our online store and complete a purchase.
[ Click here » ] COMING SOON!

You will be attending an online course. You will move efficiently and rapidly through the modules, providing the exact information you need to help you help your child with Maths. Each module has practical exercises for you which you will enjoy and immediately be able to apply in helping your child.

Each attendee will receive a Maths Understanding Made Simple kit which includes manuals and resources to be used as a parent and with your child to increase Maths understanding and to help your child do better in Maths.

Monthly My Maths Buddy Club meetings online with likeminded parents and our specialists for support, Q&A sessions and polishing your skills in using these powerful methodologies.

“My son, Evan, is 13 years old and he recently started having problems with Maths, in particular with problem solving and the understanding of the definitions in Maths. It made Evan feel incompetent in Maths and I was feeling helpless too.

I came across a promotion of the My Maths Buddy dictionary on the Internet and purchased a copy of the book for my son in January 2017.

When we received the book he started using it immediately, by himself, without my help.

Not long after getting the book, he wrote his first test and his Maths results improved from 45% to 55% with his latest result now 60%. This is a substantial increase in a period of one school term.

“Starting from the age of 12, I had always battled with Maths. I was classified as dyscalculic. Dyscalculia means severe difficulty in making arithmetical calculations.

I dropped Maths in 2009 because of this and hadn’t done it since then. But then in 2012, my boyfriend (now my husband) bought me the My Maths Buddy Dictionary and when I reached Matric, I decided to retake Maths as a subject and that is when the dictionary became my best tool to use. I realised that I had been putting the English definitions of words with the mathematical terms. After differentiating the words and understanding how they are used, I went from 7% in Maths to all “A”s in my final matric year.

I am currently restudying my Maths as I would like to get full certainty and be able to fully apply it.

I used to have such a fear of numbers that I would shake and go hysterical even if it was doing simple things with them, but now it is much easier and I don’t even feel the fear anymore and none of those reactions occur.

I would recommend this book to anyone, whether you have troubles with Maths or not. This is a handy dictionary to have. It makes life that much simpler and it is very easy to use.” 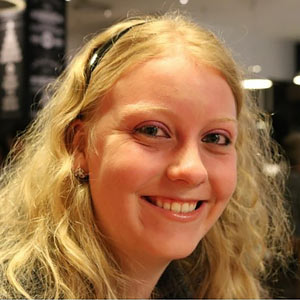